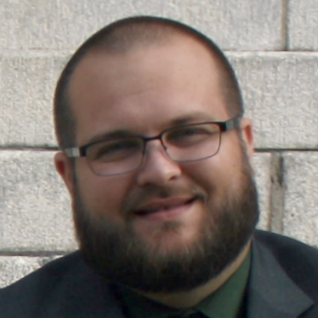 My feet lifted from the warm Southern California desert ground and back down onto the cold and wet (but beautiful!) ground of the Isle of Man. I moved my whole life to a tiny island in between Ireland and England to work for Symless, and I love it.

The summers are nothing like I’m used to, but I’ve certainly worn out a few pairs of walking boots in my first year living here. And I’ve got the pictures to prove it!

The Isle of Man is a truly beautiful place. The scenery is like living in Skyrim (minus the elves and orcs).

There’s an old steam train that takes you through the Manx countryside from Douglas to Port Erin in around an hour - this is one of the few things I haven’t experienced yet on the IoM, but it’s on my list!‍

My top 3 Isle of Man spots‍

The largest working water-wheel in the world. This is a great day out - not only is it architecturally interesting, but its surroundings are extremely beautiful too. It’s such a large structure that one side of the wheel is built into the hillside of Laxey Village - despite this, the wheel still maintains a diameter of over 72-feet!

As a software engineer, the complexity of the engineering really interested me, so I’ve had a few days out to check it out. Also, the wheel is architecture from the Victorian which we don’t see a lot of back in California.

During Autumn and Winter, the river is illuminated and there are little surprise animals hidden within the trees. It’s really beautiful, and a bonus is that it’s right near my house!

The hidden treasure. The center of the glen contains ancient ruins of an old chapel, burial grounds and a priest’s cell, where the priest would sit to hear churchgoers’ confessions. And this is all just on a typical hike on the island. It’s great being surrounded by so much history all the time.

Being locked down during the pandemic has given me a great excuse to get out and look at the world around me, to appreciate nature and really explore the place that I live.

Finally, let’s talk about the nightlife. Yeah, yeah. On a tiny little island. Typical UK weather, raining and windy. So the nightlife probably isn’t very good. I thought that too. But it’s actually quite lively! There are usually live bands playing at the weekend, especially at this place called “The Front Porch”, which is always really busy. There’s also another pub called “The British”, which I always find myself talking away to the locals for hours. It’s easy. Everyone is so friendly and it was like a sigh of relief moving halfway across the world to be greeted with such lovely and welcoming people.